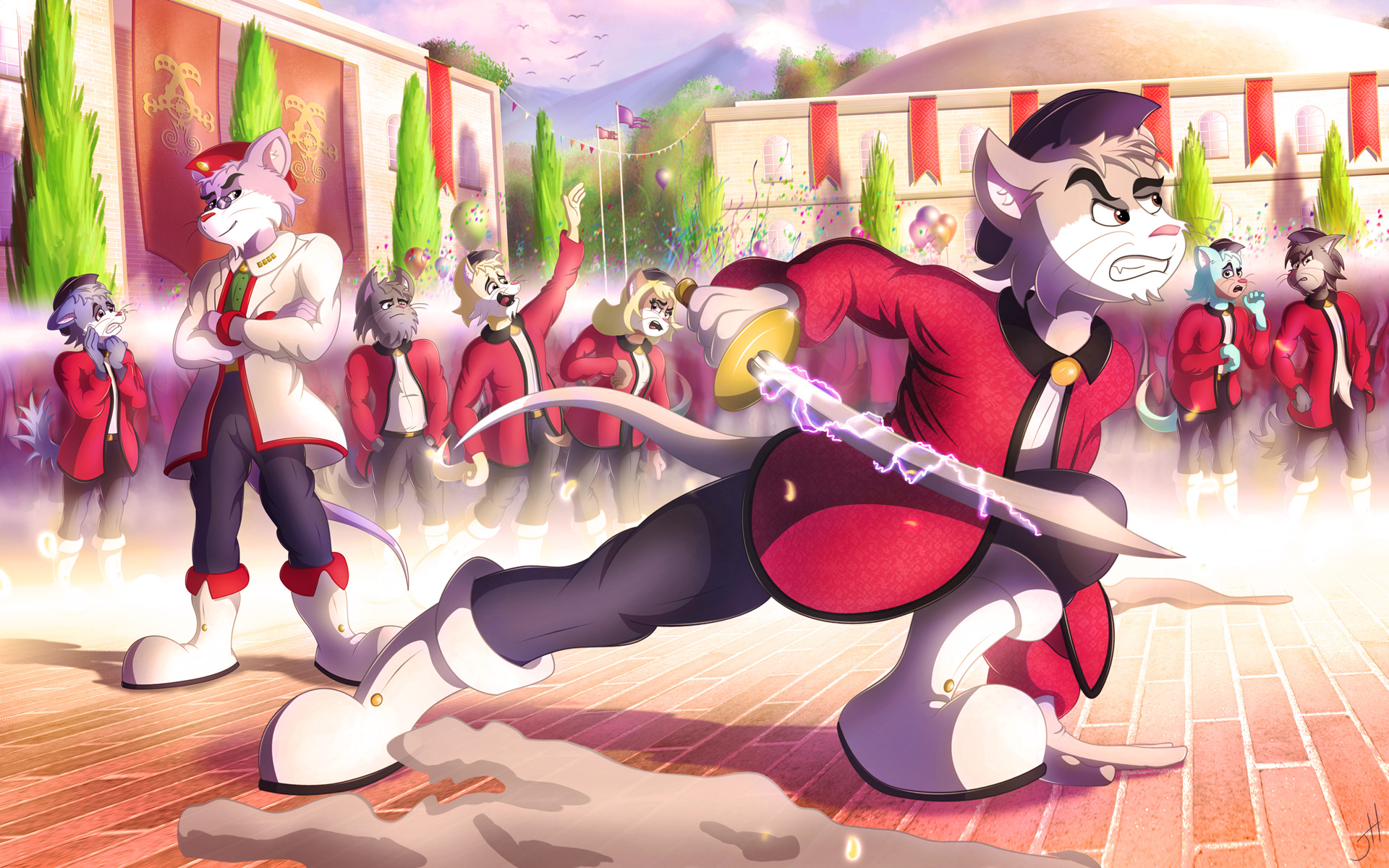 This was an impulsive piece that just evolved as I kept going. I decided to try a lot of new tricks, some design changes, and really just crank it balls to the wall. I know that I have a ways to go on volume and structure with bodies, and went through a lot of critiques while this piece was getting made. The characters in the background were a bit of an afterthought, but felt I needed more life in this.

As for the piece, this is Arlo’s last week at the Academy during placement exams. This will decide where he is ranked and placed within military. However, this scene takes place right before things go terribly wrong. I can’t tell you if it’s a robot or a wild beast he’s fighting, but someone sabotaged his opponent to be WAY too powerful for any normal fight. It seems that someone would rather have Arlo not graduate…or more conveniently, be killed, even at the expense of endangering everyone else. The courtyard is about to become a war zone, and Archer (standing behind him) is about to be tested as well.